Pawel Orlowski (born 1975) – sculptor, professor at the Academy of Fine Arts in Cracow.

Graduate of Piotr Michałowski High School of Fine Arts in Rzeszów. He obtained his diploma at the Faculty of Sculpture of the Academy of Fine Arts in Cracow in the studio of Professor Józef Sękowski. He also studied at the Universität der Künste in Berlin under the direction of Prof. Karlheinz Biederbick.

The search for an original style began during his first international exhibitions in Berlin and Bonn in 1999. At that time he presented gypsum casts, as well as small bronze sculptures, which initiated his work with this material. Works depicting the human figure, also exhibited then in Germany, became the focus of his artistic interest. The language of transformation and transfiguration of the human body ultimately resulted in the elimination of realistic representations in favor of synthetic, cubic forms, a style recognizable to the artist.

Paweł Orłowski is a laureate of Polish and international awards and distinctions. He took part in more than 50 art projects, exhibitions and symposia around the world. His oeuvre is highly recognised by authorities in the art world. His “Intervention” project at the Sculpture Triennial in Poznań gained approval of Magdalena Abakanowicz, among others. Proofs of appreciation and much sympathy for his work have been expressed by people of culture and business, including Krzysztof Penderecki, Józef Szajna, and Wojciech Fibak.

As one of the few artists, he creates his projects on a small scale as well as in the form of large-sized sculptures. Among his most important recent works is a six-meter-high sculpture Alexander the Great, presented at a retrospective exhibition associated with the 20th anniversary of the his artistic activity at the Van Rij Gallery.

Paweł Orłowski is both engaged in didactic and scientific work. In 2018 he was received a postdoctoral degree in Visual Art Studies. He is associated with the Department of Visual Arts and leads the Sculpture Studio at the Department of Industrial Forms at the Academy of Fine Arts in Cracow.

In his works, he attempts to confront the past in such a way as to create a contemporary meditative space on the subject of transience and the impact of time. The narrative aspect is increasingly noticeable in his works.

The collaboration with Van Rij Gallery has enabled the artist to present his artworks to a European audience.

– Museum of the Academy of Fine Arts in Kraków

– Museum of Bolesław Biegas in Warsaw

– Museum of Technology in Košice

– Consulate General of Germany in Krakow

– Individual exhibition, ” The Past of the Future” chamber sculptures, at the Gallery of the Department of Sculpture of the Jan Matejko Academy of Fine Arts in Cracow, (2021);

– Individual exhibition, “The Past of the Future” at the Museum of the Jan Matejko Academy of Fine Arts in Kraków, (2020);

– Exhibition “Transformation in the palace” courtyard of the Palace under the Rams in Krakow (2017);

– Sculpture “EUROPA” in the permanent exhibition of the House of the European Union in Bratislava, Slovakia (2015);

– Exhibition of the team of the Department of Visual Arts, Gallery of the Academy of Fine Arts in Cracow (2014);

– Exhibition at the Museum of Technology in Košice, Slovakia (2014);

– Young Art Fair “Sztukobranie” Palace under the Rams in Cracow (2013);

– Exhibition in cooperation with the German artists from the group “Querschlag” in Galeria Szyb Wilson, Katowice (2008);

– Exhibition during Walking Art Tour presenting Polish artists under the patronage of the Minister of Culture and National Heritage in Warsaw (2007);

– Exhibition in the Galeria Szyb Wilson in Katowice (2006);

– Sculpture Symposium “Fe. Contact” at the AGH University of Science and Technology ( Cracow 2006);

– Exhibition of Cracow artists at the General Consulate of Germany in Cracow (2006);

– Exhibition as part of the Paka Cabaret Art Festival in Świnoujście (2006);

– Jubilee Exhibition of Prof. Józef Sękowski’s studio in the Palace of Art, Cracow (2002);

– Exhibition “Second Change” in the inactive mine “Wieczorek” in Katowice (2001);

– Diploma with distinction from the Cracow Academy of Fine Arts in the studio of Prof. Józef Sękowski (Cracow, 2000);

– Award at the International Festival “Events” for the work “Seven Sins” (Tczew, 2000);

– Young Poland Scholarship of the Minister of Culture and National Heritage (Warsaw, 2005);

– Award of the Rector of the Academy of Fine Arts in Cracow for achievements in artistic and pedagogical work (2014); 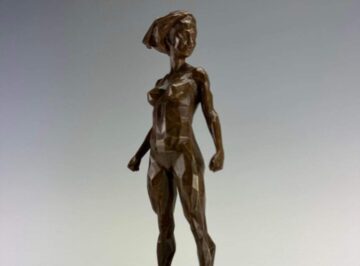 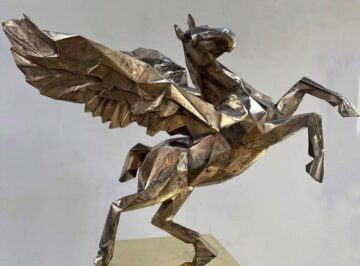 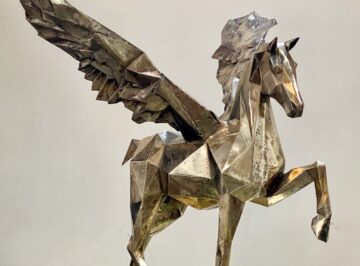 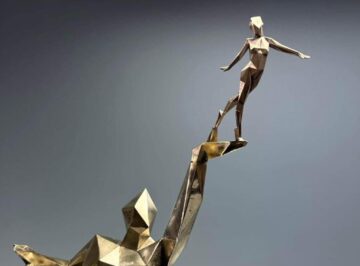 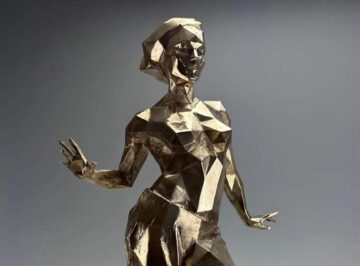 Silence before the sunrise

Silence before the sunrise 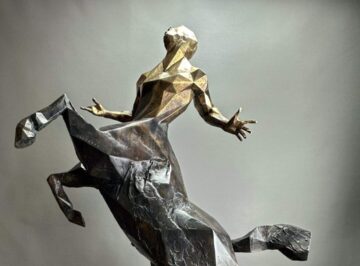 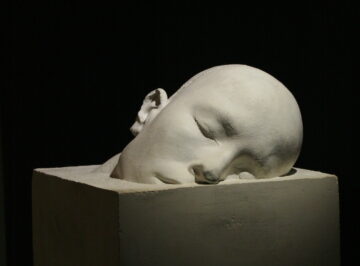 From series “Human Being”

From series “Human Being” 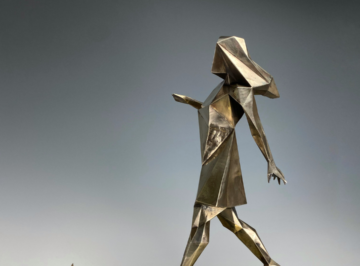 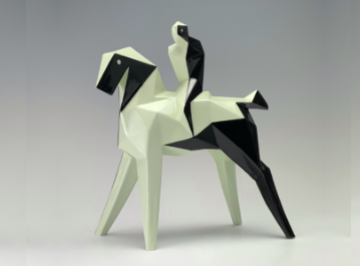 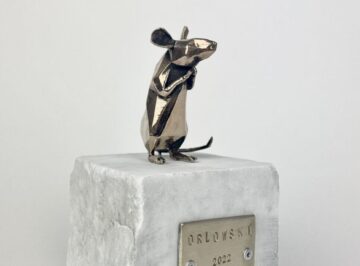 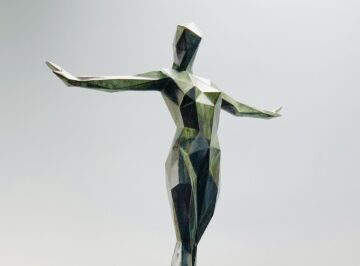 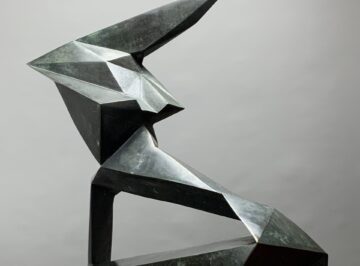 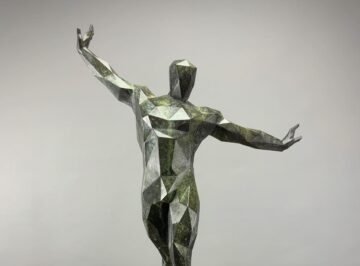 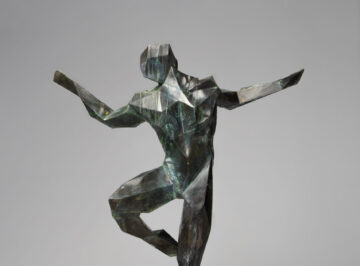 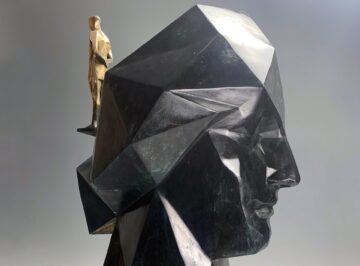 The Future of the Past

The Future of the Past 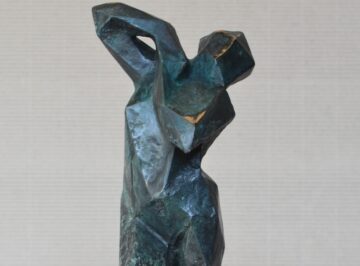 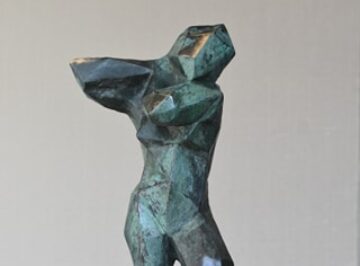 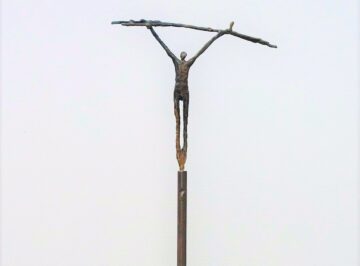 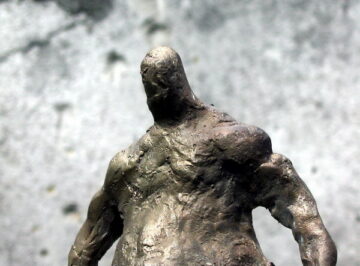 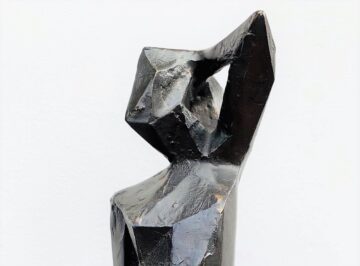