Sculptor and painter, alumna of Warsaw Academy of Fine Arts, Sculpture Workshop of Grzegorz Kowalski, where she obtained her diploma in 1994. She was born in Milan, studied Persian and Italian filology at the Warsaw Uniwersity. She creates women nudes and abstarct sculpture. Her preferred material is stone, in which she works during international internships and sculpting conferences in all Europe.

Her notes and comments about her own life and work that she wrote since university were published in 2011 as a book Fragmenty lustra by ‘Słowo/obraz terytoria’ . The book has a poetic form and autobiographical narration that creates a script of artistic awareness and female experience.

In 2014 the artist won the competition Office Départemental de la Culture de l’Orne for the monument of the 70th anniversary of victory battle of Falaise. The monument is a final stage of the project by Otto Freundlich  “La Voie Europeenne de la Paix” ( Strasse des /Friedens). 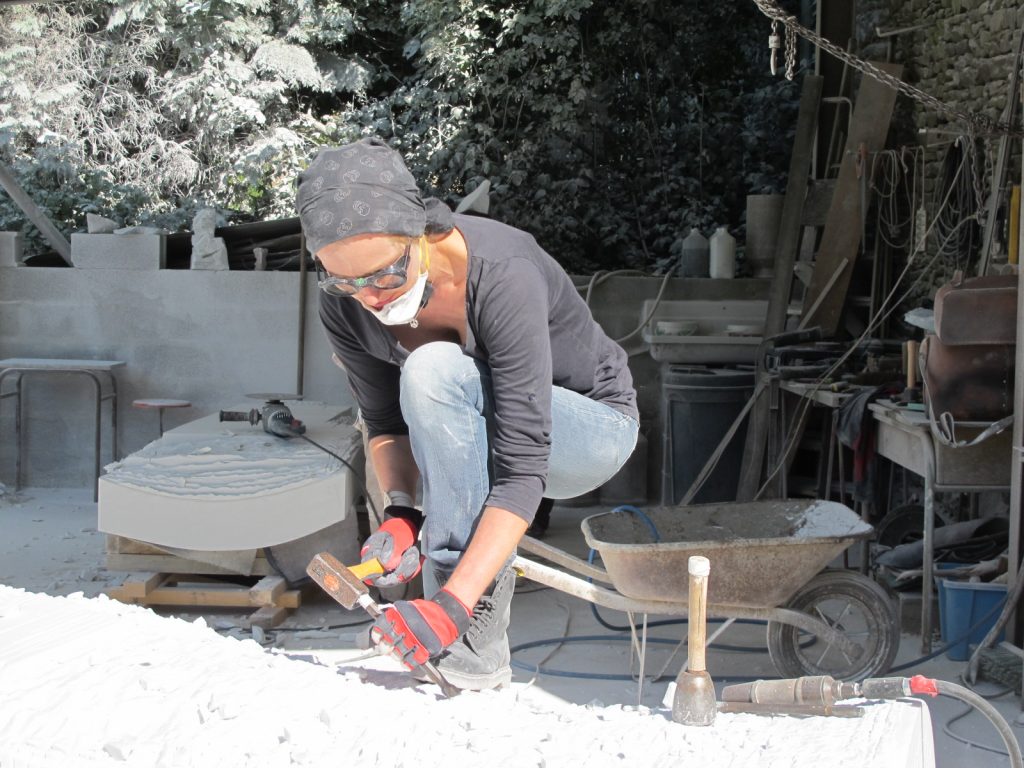