Opening of Tamara Berdowska’s exhibition at the Van Rij Gallery

The unusual abstract artworks of Tamara Berdowska in the unusual space of the Van Rij Gallery.

We would like to thank you and we are very pleased that the exhibition ‘Rhythm’ has been so warmly received. The exhibition of Tamara Berdowska’s works creates an unusual atmosphere. It is the purity and selflessness of the pieces in the spirit of the Bauhaus, the geometry of the works harmonising with the severity of the industrial interiors.

In particular, we would like to thank the artist for joining us at the opening of the exhibition, for the very nice conversations and for introducing us to the world of her work

We would also like to thank our guests, collectors and patrons of the event:
The Marshall of the Świętokrzyskie Voivodship, the Jan Matejko Academy of Fine Arts in Kraków, the AS Ćmielów Porcelain Factory, Artinfo, Contemporary Lynx, RMF Classic, Glamour, Art Monitor, Viva!, Fragile, Presto, Niezła Sztuka, Label, Wyborcza.pl, Elle Decoration, Rynek i Sztuka.

The exhibition ‘RYTM’ by Tamara Berdowska remains open until 24 January 2023.

A selection of the artworks presented in Tamara Berdowska’s exhibition ‘Rhythm’ is available on offer at Van Rij Gallery.

Following in the footsteps of New York galleries from lower Manhattan, Tamara Berdowska’s op-art geometric abstractions were presented in the post-industrial space of an old porcelain factory in Ćmielów. Preparations for the exhibition took more than two years. The exhibition showcased dozens of works prepared especially for the event, including the most characteristic works from the ‘Insomnia’ series. In the halls of the former porcelain painter’s shop, art lovers can also see recently popular spatial objects and drawings. These were exhibited last year in Berlin at Van Rij Gallery’s booth during the Art Position Art Fair, where they delighted the Berlin public. The curator of the exhibition, Katarzyna Rij, also showed older works by Tamara Berdowska from the collection of the Art and Design LT Foundation, which organises the event, as well as from private collections from home and abroad.

What are Berdowska’s paintings like?
Tamara Berdowska’s works do not describe reality, only indirectly drawing inspiration from the surrounding world. Her mesmerising works, in which the artist’s imagination plays the most important role, are her own painterly record of her feelings and thoughts. Berdowska’s geometric abstractions, which are not based on purely mathematical calculations, are created as intuitive ‘projections of her mind’ captured a moment before falling asleep. They are born on the border between dream and reality. The creative process itself, as the artist emphasises, is a kind of trance, a mantra of rhythmically repeated geometric forms that detaches us from reality.

Tamara Berdowska was born in Rzeszów and she graduated from the Krakow Academy of Fine Arts in the studio of Professor Janina Kraupe-Świderska. She is the winner of the prestigious Pollock-Krasner Foundation scholarship. Her works are in one of the largest collections of abstract art belonging to the German collector Grauwinkel Siegfried, are part of the Peter C. Ruppert Collection at the Museum im Kulturspeicher in Würzburg, and belong to Polish, foreign and museum collections.

She has always known that she wanted to devote herself to art. Privately, her great love, apart from art, is animals. When she is not painting, she spends her time with them… with small breaks for punk concerts. With her husband, also an artist, who is working in sculpture, she creates a unique home full of love for animals. She talks about her life full of eccentric experiences and excitement as a passionate creator who has found a way of life in art. After years of hard work, Tamara Berdowska has gained recognition internationally, where today her works are among the most sought-after among non-figurative works. Success has not changed her approach to life. Only that the queue of those waiting to see her works is long and the works at auction are breaking new records.

Organisers and partners of the exhibition:

Marshal of the Świetokrzyskie Voivodeship 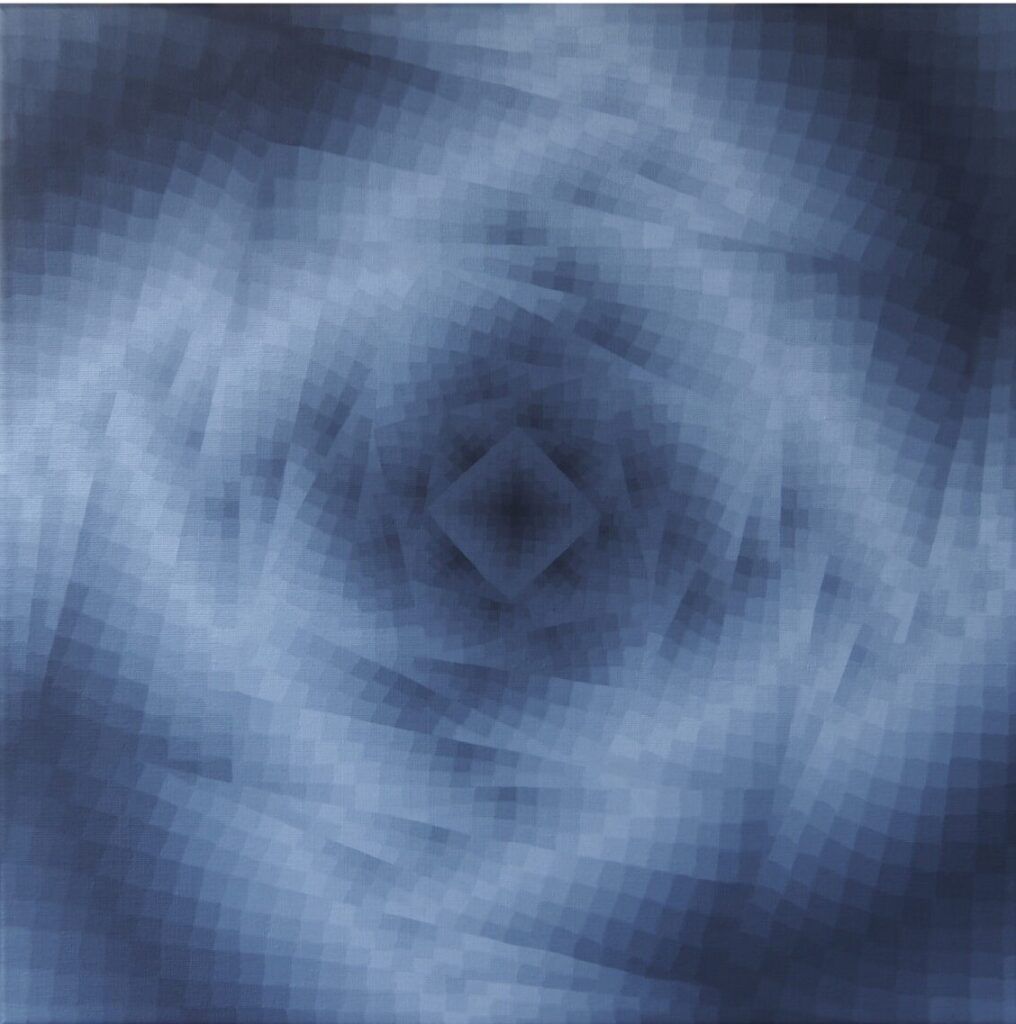 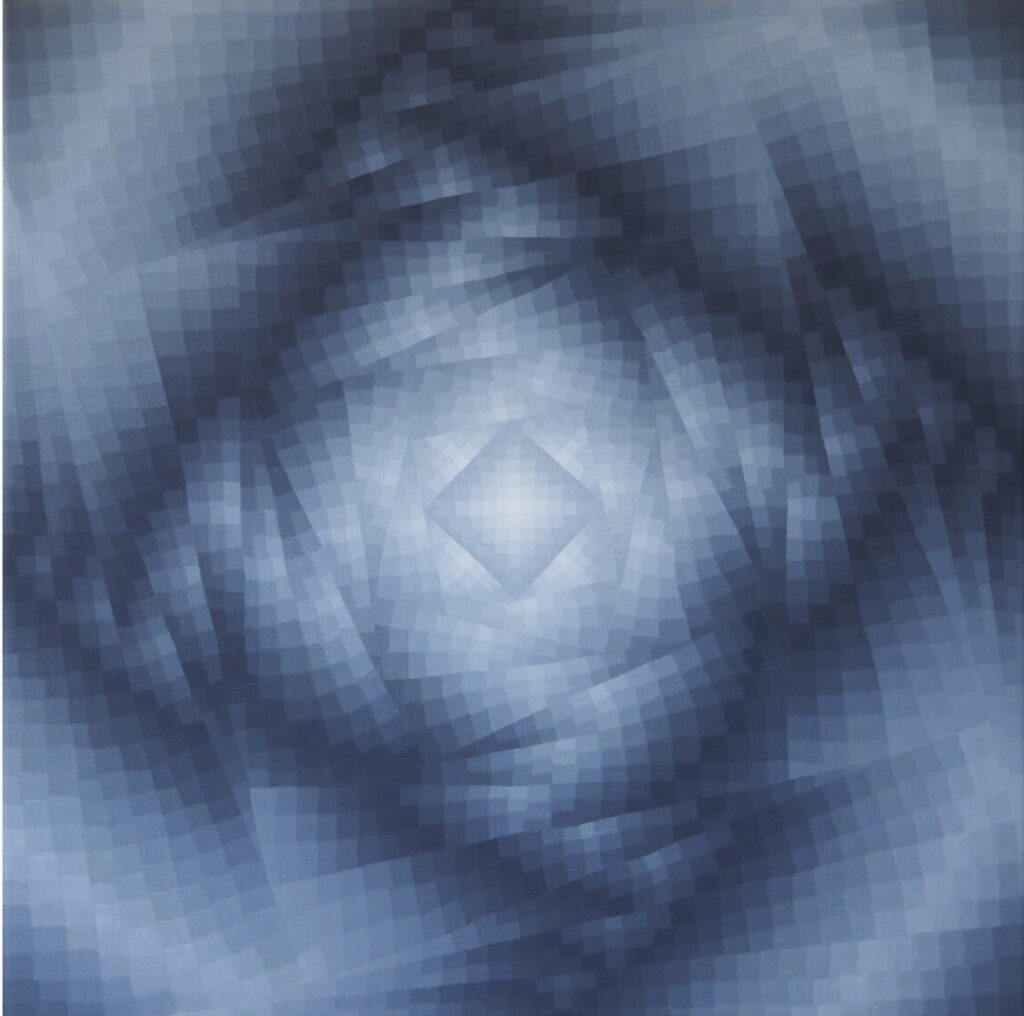 Opening of the exhibition "Rhythm"