The long-awaited album dedicated to the work of Lubomir Tomaszewski is now on sale. The album presents the art of Lubomir Tomaszewski, Polish sculptor, ceramic designer and teacher, who lived in the United States since 1966. While working at the Institute of Industrial Design in Warsaw, he was the co-author of everyday-use porcelain items, which became very popular. He is famous as the designer of coffee sets “Dorota” and “Ina”, as well as zoomorphic figurines, such as “Singer”, “Arabian Woman”, or “Girl with Mirror”.

However – the Polish-English album also surprises artlovers with artworks known only in America, especially due to the fact that Lubomir Tomaszewski is known in Poland primarily from projects of Ćmielów figural porcelain. Pictures of his impressive sculptures and paintings, presented in the catalog, allow him to discover as a sculptor and painter. A painter creating in a unique technique of “fire and smoke” and a sculptor creating “in a duet with nature”. He also co-created the art group “In Tune with Nature”, which over time went international. Enormous sculptures of dancers or musicians presented in the album delight those art lovers for whom Lubomir Tomaszewski is associated only with porcelain.

The first album in Poland dedicated to his work was released by the prestigious BOSZ publishing house. Over 160 great works of art allow to meet Tomaszewski as an artist who just after his permanent departure to New York in 1966 “spread his wings” as an artist. The book „Lubomir Tomaszewski – Fire, Smoke and Rock” was designed by the excellent graphic artist Lech Majewski, who has been designing for the best art publishing houses for many years.
The multiple illustrations are accompanied by texts by Magdalena Sołtys. 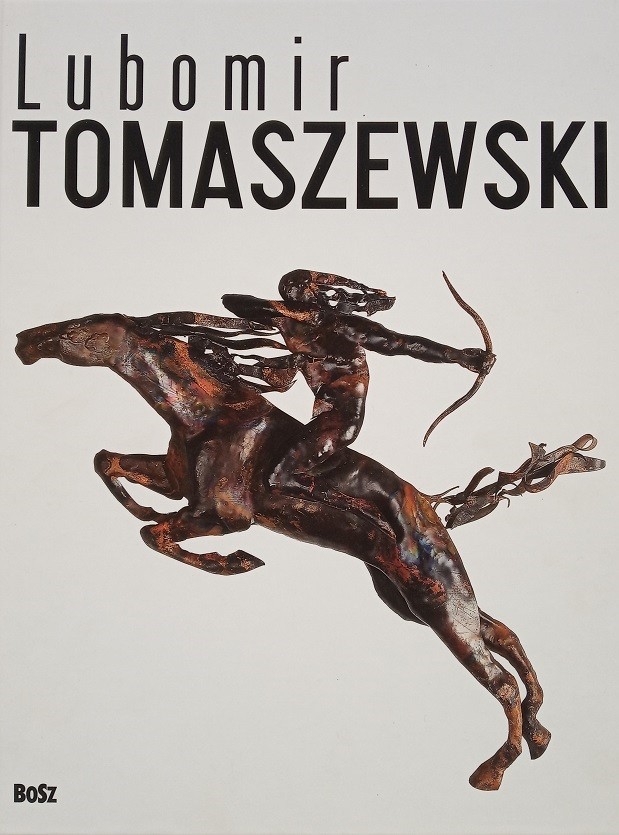